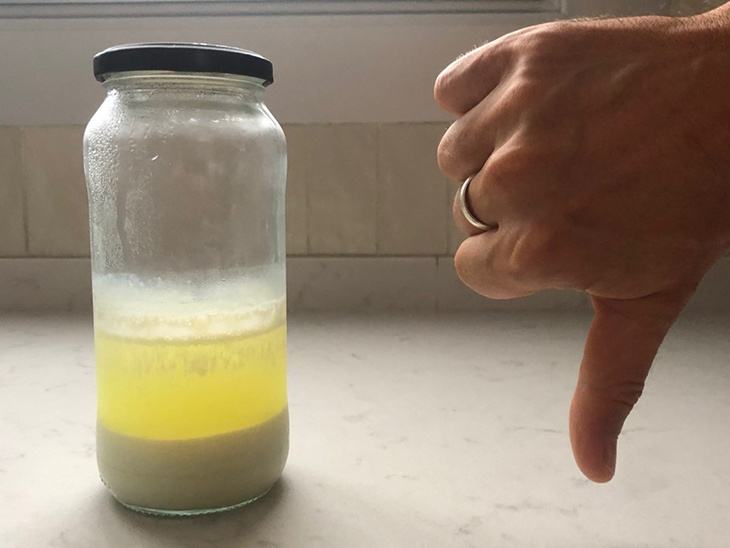 I get asked loads of questions on the blog about sugar free ice cream. And the truth is I've never tried to make it before, because I've never been very interested in eating it!

As long as you eat sensible amounts, there's nothing wrong with ice cream that contains sugar, as far as I can see.

But I am trying to reduce the amount of sugar I eat across my diet in general, and I've become slightly intrigued by these reduced and sugar free ice creams I keep reading about on the web!

Halo Top. Rebel Ice Cream. Enlightened. And loads more. Lots of extravagant flavors. And lots of people raving about how great they are.

Now I've never tried any of these. As far as I know, we can't get them in Europe. So I thought I'd have a go at making them myself.

It's always going to be easier to make reduced sugar ice cream than sugar free ice cream, so I started there.

Halo Top Vanilla does contain some sugar. So I tried to reverse engineer it using the ingredients label. 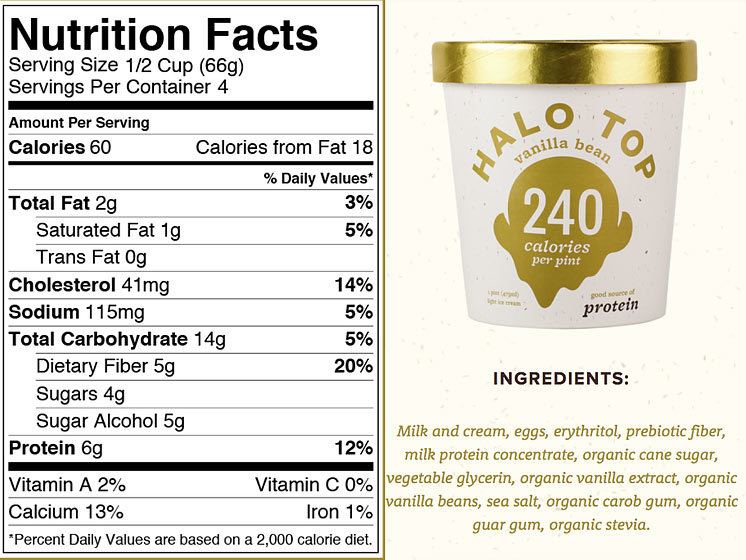 Here's my first recipe attempt. I had to deviate from the Halo Top ingredients slightly as I didn't have some of them in the house...

I didn't have any "milk protein concentrate" so I used Skimmed Milk Powder which is obviously over 50% sugar (lactose) itself!

Inulin is used as a replacement for "prebiotic fiber", which to be fair may be Inulin in Halo Tops' recipe since it is actually a prebiotic fiber!

And I didn't use any "vegetable glycerin" as I thought it was probably being used to keep the ice cream soft and my calculations indicated I didn't need it in my recipe.

Anyway, it was a complete disaster (see the image at the top of the page). The mixture separated in the fridge before it was spun in the machine. Even worse, it also separated when the ice cream melted.

It had a horrible green tinge, caused by the organic Stevia I was using. And it also tasted really bad. It was icy, thin, watery. Complete rubbish!

The only good thing about it was that it didn't turn into a block of ice when it froze. In fact, it was actually pretty scoopable straight out of the freezer.

One of the mistakes I made was trying to keep the fat levels down as well as reducing the sugar. This was exacerbated by accidently using Skimmed Milk instead of Full Fat Milk! I'm not even sure why we had Skimmed Milk in the house to be honest, but there you go.

So for my second attempt, I decided to abandon any attempt to keep the fat levels down to the extent that Halo Top do...

What I basically did was significantly increase the butterfat content by using more cream, and add two egg yolks to help with stabilization, emulsification and give the ice cream a richer flavor.

The final ice cream was OK. There was no separation. The texture was good, it didn't turn into an icy block in the freezer and it was sweet enough.

The problem was that the sweetness wasn't particularly nice! There's a flavor that reminds me of candy floss (cotton candy), that I've detected in normal ice cream when I've overheated the Skimmed Milk Powder. And I could taste it strongly in this ice cream.

Except in this version I added the Skimmed Milk Powder once the mixture had cooled down a bit (after also noticing the flavor in the first recipe).

Further investigation (tasting all the ingredients separately) revealed that that's exactly what Inulin tastes like! I don't know if it's just this brand or all Inulin. And it's not unpleasant in itself. I just don't want to taste it in my ice cream.

So the next step is to get rid of that flavor. And I'll also need to replace the Skimmed Milk Powder with Milk Protein Powder, since there's still over 32g of sugar in this recipe.

All in Part 2 of my Adventures in Sugar Free Ice Cream...