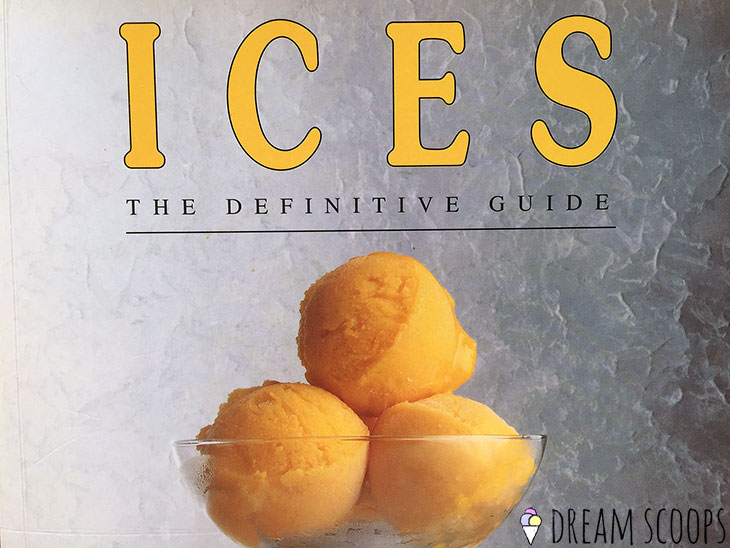 Ices: The Definitive Guide by Liddell and Weir

This is an amazing book. And while I'd hesitate to say it (or any other book I've read) is the definitive guide, it does have more recipes and more information than any other I've seen.

First of all, let's talk about what it's not. It's not a colorful, super glossy book, packed full of mouth watering photos. There's no lengthy biography of the authors or their personal philosophies on ice cream. And there aren't too many gushing introductions to the recipes and the experiences that inspired them. 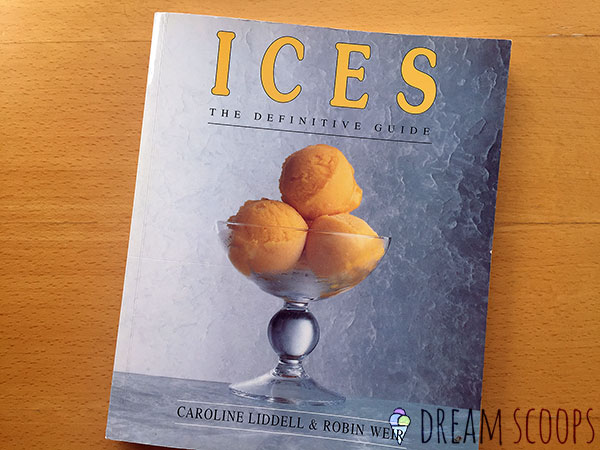 In fact there are no photos of the ice creams! The book is printed in black an white. And it's full of hundreds of old line drawings, cartoons and adverts, from much older publications, alongside historical quotes that relate to ice cream. 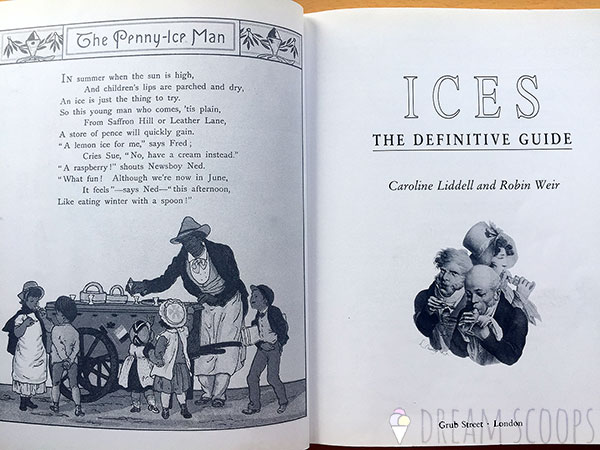 The recipes are all relatively short and densely written. And there's hundreds of them! How many exactly I'm not sure, but certainly too many for me bothered to count!

What I like most about this book is that recipes are so varied. There's no one, base recipe on which all the others are built. Every base mix seems to be different, with slightly different ingredients in slightly different proportions. And be warned: each recipe yields a different amount of mixture! 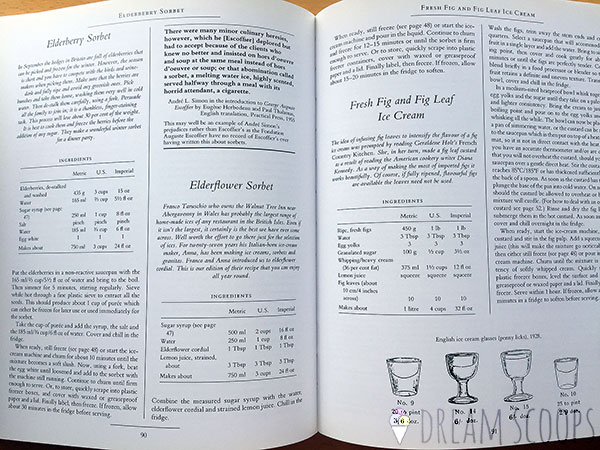 This means you can always find a recipe in the style that you prefer. And there'll always be a recipe to match the ingredients you have in. For example there are eight different Lemon ice recipes. Cooked and un-cooked. Ice cream, frozen yogurts and sorbets.

I think one of the reasons for the huge range and variety of recipes is that this is as much a compendium of different peoples recipes as it is the authors vision. The authors have taken different recipes from lots of sources, tried them out and while sometimes they've tweaked them, often they're left as they were.

Unlike many modern recipe books you have Metric, U.S. and Imperial measurements, which I at least, find useful. And in the appendix at the back there's some very useful conversion tables.

But it's not just recipes and conversion tables. There's loads more to this book, which is probably why it's called the definitive guide. Let's have a look in more detail. 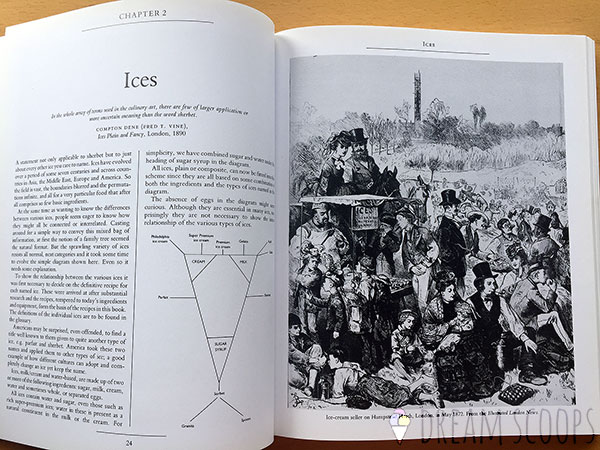 The book starts off with a chapter called The Origins and History of Ice Cream, which is a pretty exhaustive guide to just that, extending from it's origins in China to it's spread into Europe, taking in the technological advances and fashions of the day.

Then there's a pretty extensive Glossary of ice cream terminology and two short chapters on ingredients and equipment (including some advice on ice cream makers), before we get into the recipes which do take up the vast majority of the book.

After the ice cream recipes, there's a chapter of recipes for biscuits and sauces to go with ice creams, a really useful chapter on the chemistry of ice cream (which includes loads of data on the structure of dairy products and fruit) and a very short chapter on the art of tasting ice cream.

At the back is an Appendix full of weight and volume conversion tables, useful addresses and finally an amazing illustrated guide to the different combinations that make up various Soda Fountain dishes from 1915! 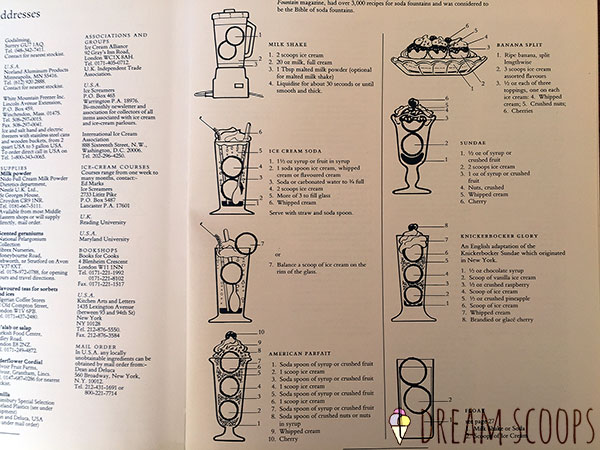 While the chemistry sections is pretty short and obviously doesn't compare with books like The Science of Ice Cream, it's a pretty good introduction and it contains enough information to build your own ice cream calculator.

But it's the recipes I love in this book. The sheer number and variety will keep me coming back for years to come. There are both modern and older recipes. Cooked and un-cooked. French, Italian and American. Everything you could want. 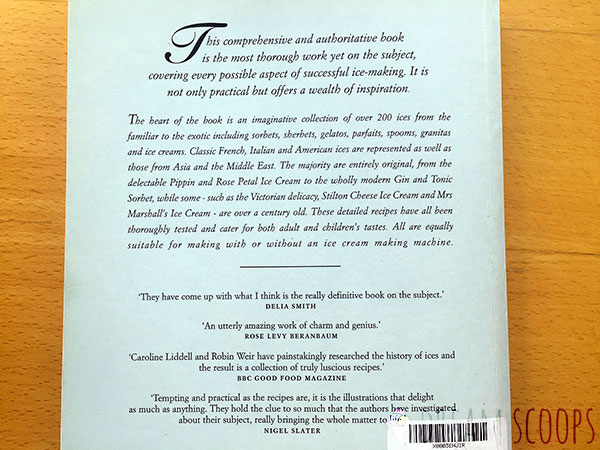 So this isn't a coffee table book to drool over in your living room. Ices: The Definitive Guide is a practical and exhaustive book that I'm sure you'll be using in your kitchen for many, many years.

I highly recommend that you buy it, because not only is it really good, it's really cheap too!