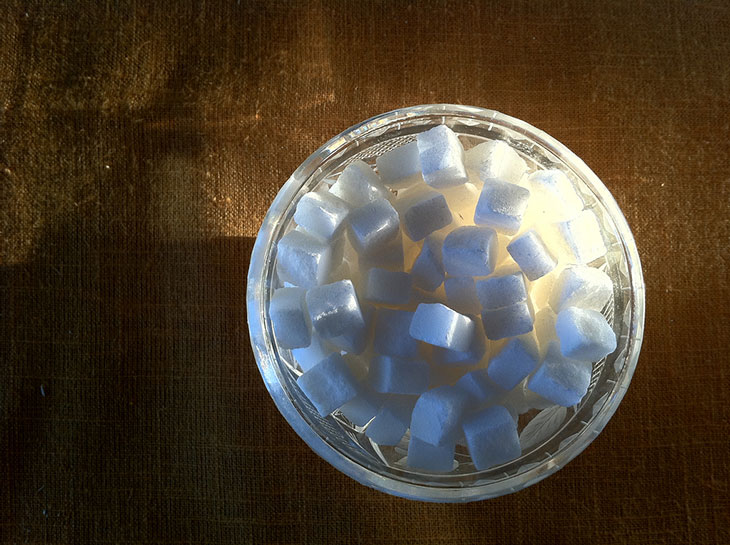 The importance of sugar in ice cream

Because sugar contributes to ice cream in several important ways:

All sugars are sweet. But different sugars have different levels of sweetness. This is really useful for us as it allows us to adjust the sweetness of our ice creams by using different types of sugar. 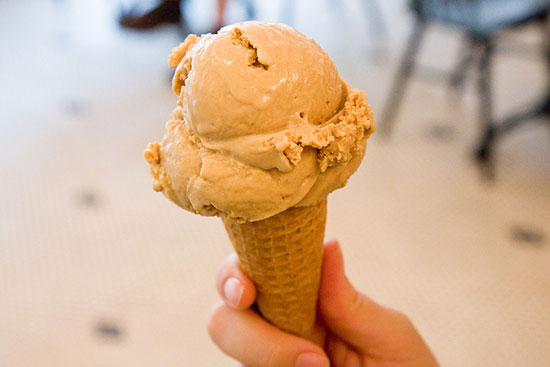 Levels of sweetness are measured against the sweetness of Sucrose (the scientific name for table sugar) and are referred to as "Relative Sweetness". Sucrose has a relative sweetness of 100. And all other sugars have values relative to that.

Most ice cream is far too sweet. To the extent that you can't taste any of the dairy flavors.  Just sugar. But by using different sugars, we can reduce the sweetness of our homemade ice cream to create much more interesting and less sickly flavor profiles.

Sugars are mostly solids. And solids will obviously add body to ice cream. This body gives ice cream a firmness which resists the spoon and the tongue. Ice creams with lots of body start to get a bit chewy, which may or may not be desirable! 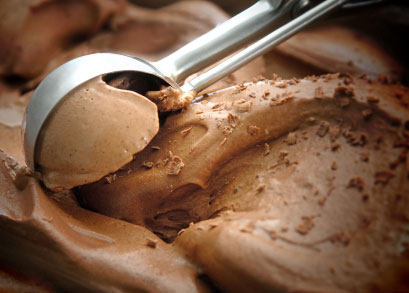 Gelato always has a lot of body

Solids also help reduce ice crystal size by absorbing water in the mixture, so it can't move about freely to join and grow existing ice crystals. So by increasing the levels of sugar in our mixes we can also control coarseness in our ice creams

Sugar also keeps ice cream soft. How does it do this? Well, it's a bit complicated. But it does this by lowering the freezing point of water...

Regular water freezes hard at 32 °F (0 °C). But when we add sugar to water, the sugar causes the water to freeze at a temperature somewhere below that. I'll explain how this works later on!

The exact temperature it will freeze at depends on how much sugar we add. But what's important is that a higher concentration of sugar means a lower freezing temperature.

But what's this got to do with ice cream?

As we know, ice cream consists of three states: solid (ice), gas (air) and liquid (water), in a perfect balance. When we remove our ice cream from the ice cream machine, it's not yet balanced: it's still really soft because a lot of the water in the mixture hasn't frozen to ice yet.

This is because the ice cream maker isn't powerful enough to get the mixture cold enough. However, when we transfer the ice cream to the freezer which is much more powerful, more of the water in the ice cream starts to freeze to ice.

The things is: different types of sugar lower the freezing point of water to different extents. So we can also vary the types of sugars we use to make our ice creams more or less soft! 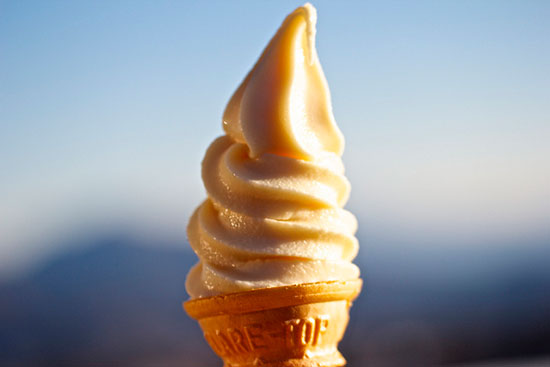 We can use sugar to make soft ice cream

So, we know that sugars make ice cream sweet, give it body and keep it soft. And we also know that different types of sugars do these things to different extents. Let's now have a look at those different sugars...

Sucrose is table sugar. Granulated, caster, icing and brown sugar are all Sucrose. It's the most familiar sugar and is available everywhere. And in terms of sweetness and freezing point depression it's the base against which other sugars are measured.

Dextrose is ¾ as sweet as Sucrose but lowers the freezing point of water by almost twice as much. So by replacing some Sucrose with Dextrose, we can make our ice creams less sweet and more soft. It's often available in pharmacists, home brew shops and the baking isles of supermarkets. Dextrose is also known as Glucose.

Fructose lowers the freezing point of water to the same degree as Dextrose. But it's really sweet: much sweeter than Sucrose. For this reason, I find it's less useful in homemade ice cream.

Maltodextrin is not very sweet and doesn't have too much effect on the freezing point of water. It's often used to bulk up mixtures that are otherwise low on solids. So it's ideal in sorbets made with watery fruit (such as watermelon), where if we made up the solids with other sugars, they would be too sweet. It's also useful in savory ice creams.

Invert sugar is a syrup widely used in professional cooking. It's sweeter than Sucrose and depresses the freezing point of water to the same degree as Dextrose. It has a significant effect on the texture of ice cream, adding body and reducing ice crystals. Chefs buy it pre-prepared in big tubs from brands like Trimoline. But we can easily make it at home.

Karo Light Corn Syrup behaves in a similar way to Invert Sugar. However it's significantly less sweeter. It's also much easier to get your hands on the Invert Sugar! However, it does have a slightly metallic taste so it needs to be used in moderation with lighter flavors.

Honey is acts like a flavored invert sugar. Because basically, that's what it is! It's very sweet and often strongly flavored so we need to be careful how much we use. But it's great fun to experiment with different types and flavors of honey in ice cream.

Getting the proportions right

Using combinations of different sugars allows us to take complete control of the sweetness, body and softness of our ice creams. My ice cream calculator can help here.

Ice cream usually contains between 14 and 24% sugar by weight. Be careful with sugars that lower the freezing point of water more than Sucrose though, as if you use too much of these your ice creams won't freeze properly!

Below is a collection of the sugar combinations that I've come across in various books and websites. I'll keep adding to these as I find them. I think they can act as a useful guide!

Sugar is a essential component of ice cream. Rather than reduce it or remove it altogether, maybe we should try to embrace sugar and appreciate it for the great contribution it makes!

It adds sweetness, body and softness. And our ice creams would be bland, thin and icy hard without it! Yes we can make sugar free ice creams and I'll be covering this in the future. But generally, if we enjoy ice cream in moderation there'll be no problem.

Playing around with different sugars in different combinations enables us to take complete control over the texture and taste of our ice creams. So I'd urge you to experiment!