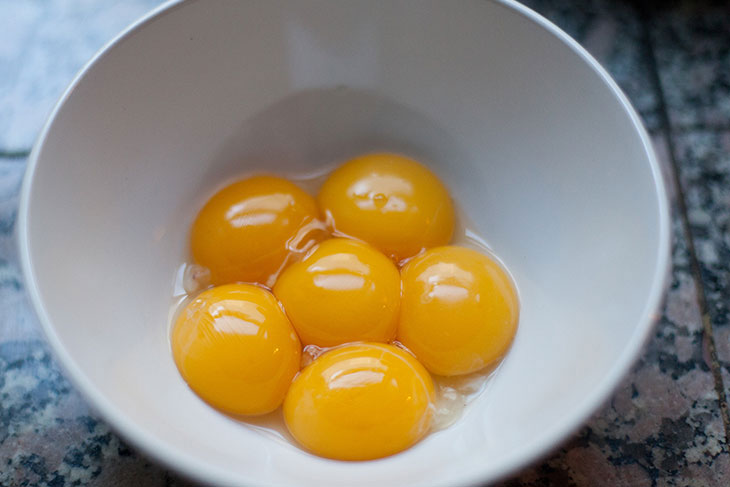 How to use emulsifiers in ice cream

Emulsifiers are probably one of the most confusing parts of ice cream science. So let's start right at the beginning with the basics.

What is an emulsion?

An emulsion is a mix of two (or more) liquids that won't usually mix together. Why won't they usually mix? Because the molecules of each respective liquid prefer to stick together.

For example, an oil and vinegar salad dressing is an emulsion. Think about how we make it. When we add the vinegar to the oil, they don't mix properly. In fact, they form two separate puddles... 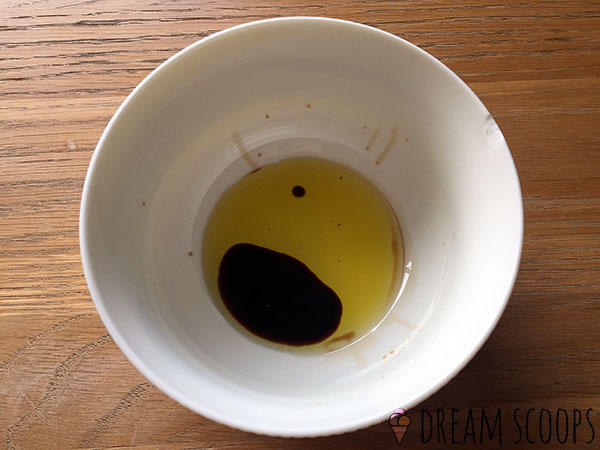 It's only when we stir them together vigorously, that the oil breaks into smaller and smaller globules and is dispersed throughout the vinegar to make a consistent mixture. This mixture is an emulsion... 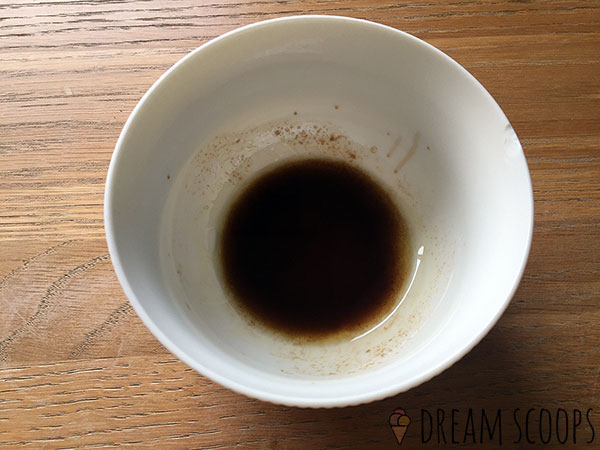 Milk is another example of an emulsion. In milk, tiny globules of liquid fat are dispersed in water. 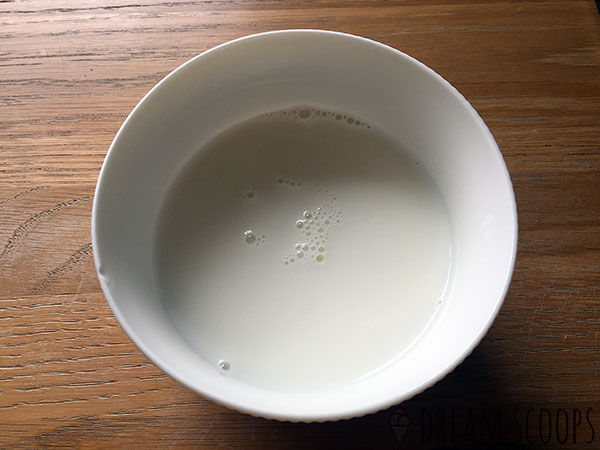 Milk: an emulsion of water and fat

But the thing about emulsions is that because the liquids don't want to mix together, they're unstable. And over time, they'll separate.

If you leave an oil and vinegar dressing in the fridge, eventually it will separate into two layers, one of oil and one of vinegar. 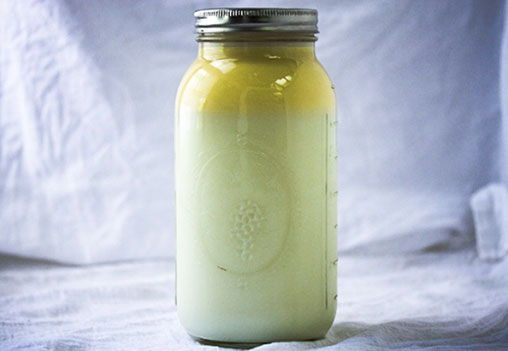 And if you leave milk that's come straight from the cow, it will also separate into two layers: on top, fatty cream and underneath watery milk.

However, these days, the milk we buy in the supermarket has been "homogenized"​ so that it doesn't separate. "Homogenized"? Basically, this means that the milk has been mixed at high pressure until the fat globules are so small, they're unable to separate from the water.

Why are they unable to separate? Well, milk contains protein molecules with two "heads". One head is attracted to water while the other is attracted to fat. So these proteins end up at the interface between the two, with one head stuck in the fat globule and the other in the water...

By attaching to the fat globules and anchoring them in the water in this way, the proteins naturally discourage the globules from clumping together and separating from the water.

But under normal conditions, the action of the proteins is not strong enough to stop the fat and the water separating for very long and eventually they will...

However, homogenization creates a greater number of smaller fat globules, which in turn means there's a larger surface area for those proteins to attach themselves to...

So after homogenization, more proteins are attached to smaller, more widely distributed fat globules. To the extent that even over time, the fat globules are unable to separate from the water.

And that's why modern milk doesn't separate into two layers in our fridges! Homogenization has created a relatively stable emulsion.

But what's this got to do with ice cream?​

Good question. This is all about the air bubbles in ice cream. Ice cream contains lots of tiny air bubbles. And these bubbles are really important because they contribute to the texture and body of the ice cream and how fast it melts. 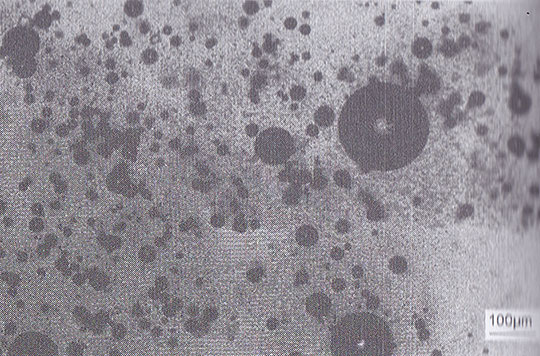 Air bubbles in ice cream: the smaller the better!

An ice cream with lots of tiny, stable air bubbles is smoother, softer and melts more slowly than one with less and/or larger bubbles.

So we need to get the smallest air bubbles possible into the mixture and make sure they stay there. And this is the job of the paddle (or dasher) that churns the mixture in the ice cream ﻿﻿machine as it's being frozen. 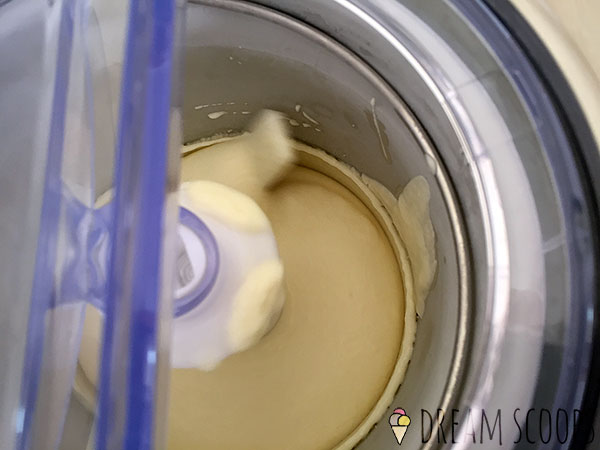 The dasher has 2 jobs: it adds air and it causes the fat globules to clump together

The motion of the dasher does two things. Firstly, it adds air bubbles to the mixture. And secondly, it causes the fat globules in the mixture to collide and start to clump together to form long strings in a structure that surrounds and supports those air bubbles.

The process in which the fat globules separate from the water and start to clump together is called "partial coalescence". And the "scaffolding" structure it forms is essential for holding the air bubbles in the ice cream and maintaining their small size.

OK but what's this got to do with emulsifiers?!​

Bear with me, this is where it all comes together...

So on one hand, we have milk. This homogenized milk is a stable emulsion in which the fat globules are very small and prevented from clumping together by the proteins that anchor them in the water.

But to make ice cream with that milk, we need to de-stabilize the emulsion, so that the fat globules do clump together to form the scaffolding that supports the air bubbles in the ice cream.

Hold on. We also know that the motion of the dasher in the ice cream ma﻿ker will cause the fat globules to collide and clump together. So what's the problem?

Well, the problem is that in most cases, the motion of the dasher alone is not enough to de-stabilize the emulsion. There's just not enough fat in an average ice cream mixture for it to be de-stabilized by just agitation. (That's why you can whip high fat whipping cream but you can't whip milk).​

No, the dasher needs help. And this is where the emulsifiers come in. So bizarrely, we add emulsifiers to the ice cream mixture to de-stabilize (or de-emulsify) the fat emulsion in the milk.

​How do emulsifiers de-stabilize the emulsion?

We already know that in homogenized milk, the emulsion is stabilized by protein molecules that attach themselves to the surface of the fat globules and prevent them from clustering together.

So to encourage "partial coalescence" in which the fat globules do clump together, we need to remove those protein molecules. And this is the job of the emulsifiers.

Emulsifiers are similar to milk proteins in that they have two heads, one attracted to fat and another attracted to water. And when we add emulsifiers to an ice cream mix, they behave in the same way as the proteins: they migrate to the interface between the fat and the water where they attach themselves to the surface of the fat globules.

In doing so, they actually displace the protein molecules. And since emulsifiers lower the tension between the fat and the water, they don't interfere with the inclination of the fat globules to cluster together.

So in this way, they de-stabilize the emulsion. And later on, when the motion of the dasher starts to cause those fat globules to collide, they're much more likely to separate from the water and start clumping together to support the air bubbles!

​But what are these emulsifiers?

There are several different types of emulsifiers. Let's have a look at what's available...

Yes, the most traditional ice cream emulsifier is egg yolk! As well as other proteins and fats, egg yolks contain a chemical called Lecithin which has very good emulsifying properties. 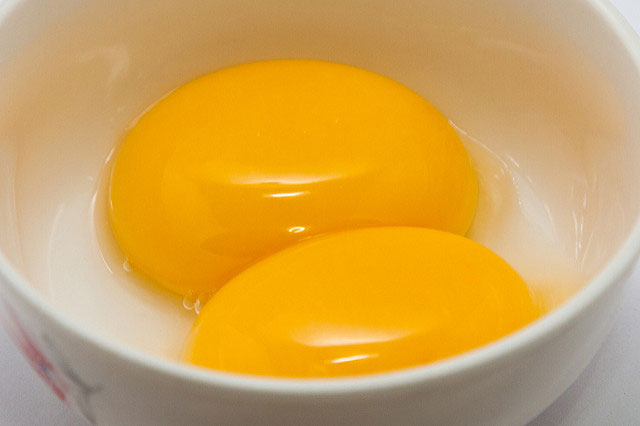 In fact, when cooked, egg yolks work as both a stabilizer that thickens the mixture and as an emulsifier which encourages partial coalescence. This is why they're so useful. And for home made ice cream they'll nearly always be the number one choice.

How many egg yolks you use depends on what type of ice cream you're trying to make.​ To just make use of their emulsifying properties, you'll need 0.5 - 1% of the mixture to be egg yolk. To use their stabilizing (thickening) properties as well, you'll need to increase this proportion to 3 - 4%. But some frozen custard style ice creams might be over 8% egg yolk!

However, just as egg yolks are not the very best stabilizer, neither are they the very best emulsifier. They can also add a distinctive eggy taste to our ice cream which may or may not be desirable.

So while for most home made ice cream, egg yolks will be the best emulsifier choice, there may be times when you want to avoid them.

For example, if you want to make a particularly light and clean tasting ice cream. Or if you're making an ice cream that already has a high fat content from chocolate or nut pastes. In these cases you may want to avoid the flavor dampening richness or extra fat content of egg yolks.

Powdered, egg-less emulsifiers are usually one of the ingredients in most ice cream stabilizer mixes. But it's worth looking at them individually...

It's the Lecithin in egg yolks that makes them such good emulsifiers. However, Lecithin can also be extracted from soybeans, sunflowers and rapeseed. And this plant based Lecithin emulsifies just as well as the stuff in egg yolks without any of the eggy flavor and extra fat. 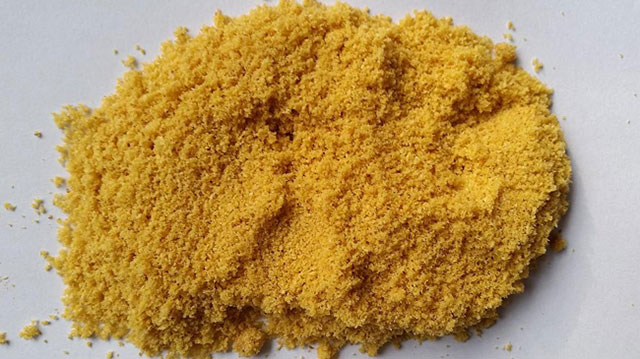 One large egg yolk contains about 1.5 g of Lecithin. So with mixtures that are between 0.2 - 0.5 % Lecithin by weight, you should be able to make an egg-less ice cream that's emulsified as well as it would be with egg yolks. Just mix it well with the rest of the dry ingredients.

Soy Lecithin has a pretty neutral taste. So should be undetectable when used in these small quantities. However different brands may vary so it's worth trying a few if you have issues.

Buttermilk, either condensed or dried, can be used as a source of Milk Solids Non Fat (MSNF) in ice cream and will provide extra emulsifying properties because the protein-phospholipids that do some of the emulsifying are concentrated during buttermilk churning.

Polysorbate 80 and ​Mono- and Diglycerides

Yes, they're a bit of a mouth full! They're actually two different types of emulsifiers, but since they're complimentary and often used together, I'll cover them both at once. 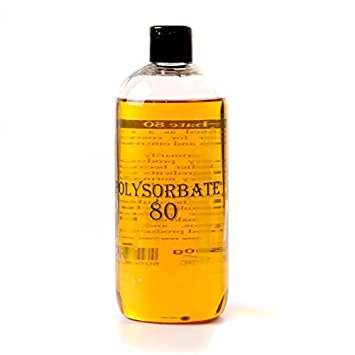 Polysorbate 80 is a type of sorbitan that's derived from oleic acid. It's most effective at the interface between fat and water. This means it's good at de-stabilizing the emulsion so that the fat globules clump together in partial coalescence. 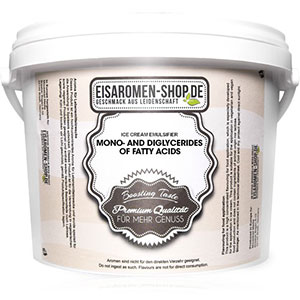 Mono- and Diglycerides are derived from the partial hydrolysis of animal or vegetable fats. They are most effective at the interface between fat and air, so they're good at stabilizing the air bubbles and keeping them small.

And because of their effectiveness (and cheapness!), this combination is often used in commercial ice cream manufacture.

Whether your using egg yolks, soy lecithin or some of the synthetic emulsifiers, you need to make sure you get the balance right.

Too little emulsifier and there won't be enough partial coalescence while the ice cream is being churned and frozen. This will result in an unstable foam and a wet, coarse ice cream that melts very quickly.

Too much emulsifier and there may be too much partial coalescence. This is where so much of the fat separates from the emulsion and clumps together, that it becomes detectable on the tongue as small, buttery lumps.

The quantities above should give you a rough idea. You don't need much. But as always the best way to get a feel for this is to experiment! My ice cream calculator may help.

I hope that's made the role of emulsifiers in ice cream a little clearer. They're often over shadowed by stabilizers. But emulsifiers have a huge influence on the size and stability of the air bubbles in ice cream.

And since the air bubbles have a huge influence on the texture, body and meltdown characteristics of ice cream, we definitely shouldn't ignore them.

For most home made ice cream enthusiasts, egg yolks will be enough. But if you interested in lighter, cleaner tasting, egg-less ice creams, then the other options are certainly worth investigating.