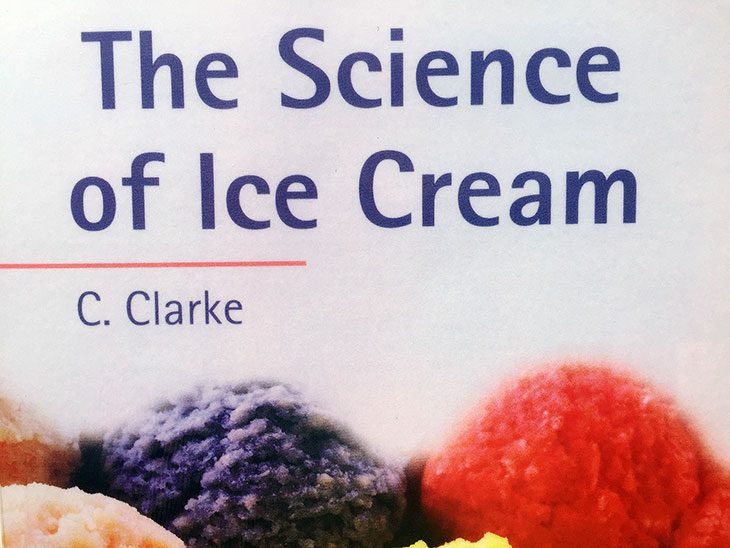 The Science of Ice Cream by Chris Clarke

This was actually the first book I bought on ice cream. Before any recipe books even! Why? Well, there’s loads of ice cream recipes on the internet. But not so much in depth stuff about how it works scientifically.

Chris Clarkes book is certainly not the only book on the science of ice cream. And it’s probably not the best. But it’s definitely the least expensive! 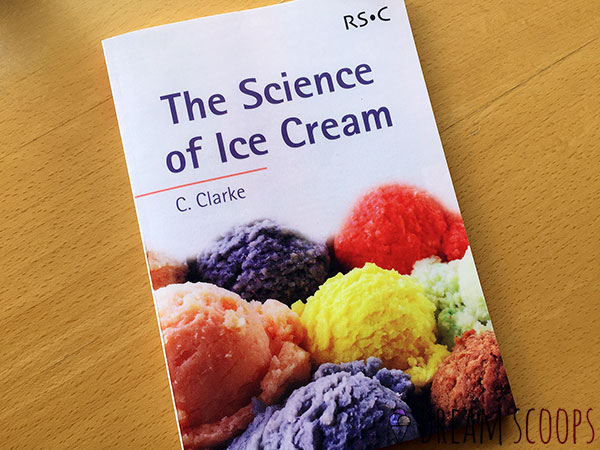 Because for some reason the other books are really expensive. “Ice Cream” by Goff and Hartel is usually around $100. And “Tharp and Young on Ice Cream”, by (you guessed it) Tharp and Young is often over $200.

I wasn’t prepared to pay that much when I was starting out, so as Chris Clarkes book was around $30, he got my money!

I wanted something that was going to explain in pretty simple terms how all the ingredients came together to make ice cream.

And this book does that pretty well. There’s no colour on the pages. And there are more diagrams than photos. So it’s not an especially visually stimulating read. 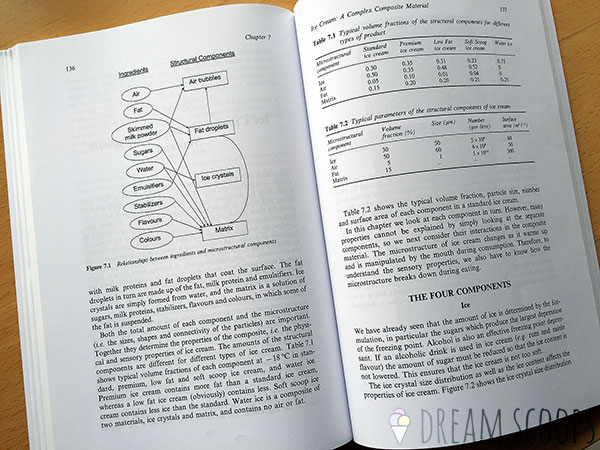 But Clarke is a genuine “ice cream scientist” and does a pretty good job of making a complicated subject “readable by 16-18 year olds”.

It’s primarily aimed at undergraduate food science students and people that work in the ice cream industry. But Clarke has tried to make it accessible to anyone that has studied science to A level (which I think are the same as APs in the United States?).

As someone who hasn’t studied science for a long, long time and knew nothing about ice cream science before picking the book up, I found some of it a bit hard going. There is some complicated stuff here.

But it also explains the basics well. And you can always come back to the more detailed bits as your knowledge and experience increases.

As you’d expect from someone who works in the industry there is a quite a lot about the industrial production of ice cream that won’t be of interest to people making ice cream at home or even small scale artisan producers.

But I found found enough here to interest me, I found large parts of it easy enough to understand and I’ve come back to use it as a reference several times as I’ve questioned stuff I’ve been reading elsewhere.

In fact a large part of my ice cream science page was based around the information I learned in this book.

So what exactly is in the book? 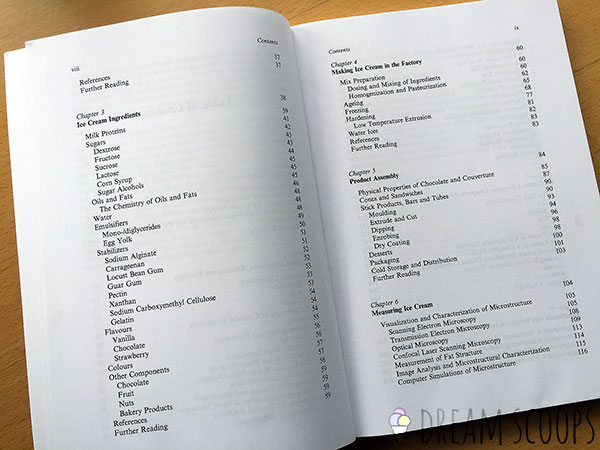 In Chapter 1 he briefly covers the history of ice cream and the current state of the global market. But this is very brief.

In Chapter 2 he explains what colloidal dispersions are (small particles of one thing in another thing), how liquids freeze, and what rheology is (the study of the way liquids flow). All in relation to ice cream.

In Chapter 3 he introduces the basic ice cream ingredients including proteins, different types of sugars, oils and fats, water, emulsifiers, stabilizers and a few common flavors. But this is very much an introduction… 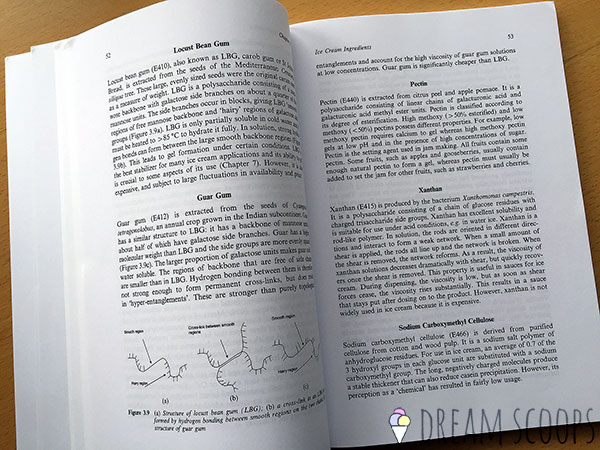 Those looking for an in-depth analysis of which stabilizers work best together will be disappointed.

Chapter 4 is about making ice cream in the factory. And it’s very much from a commercial angle. So there’s nothing about the sort of ice cream makers we use at home. But the science and the processes are the same. So it covers mix preparation, homogenization and pasteurization, ageing, freezing and hardening.

Chapter 5 is about different ice cream products like cones, bars and sandwiches and how they are assembled in an ice cream factory. Not much of interest here. For me at least!

In Chapter 6 Clarke explains how the structure of ice cream is measured. There’s some pretty heavy stuff here involving microscopic measurements and complicated equations which was well over my head. But at the end there’s some interesting bits on how me measure the sensory qualities of ice cream.

Chapter 7 is all about how ice cream is a complex composite material, with all the different elements in perfect balance. There’s some great stuff here about the four components (ice crystals, liquid matrix, fat and air), how they work together and what each contributes to ice cream.

And then in Chapter 8 there’s a a load of experiments for the students to do with ice cream. Presumably to prove the scientific principles explained in the rest of the book. 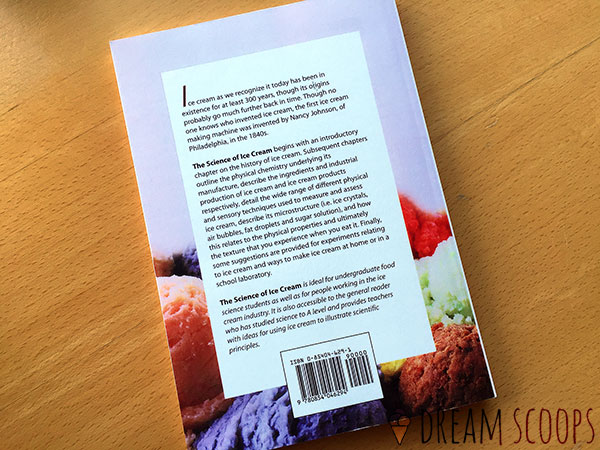 So, there’s no recipes for salted caramel gelato in this book! It’s pure science. It has a quite commercial, industrial perspective. And there could be more on the sort of science that a home enthusiast will find useful.

But I think it’s a good, cheap introduction to the concepts. And while it won’t fill in all the gaps, if you pick it up knowing very little about how ice cream comes together scientifically, you’ll come out the other side with a much firmer grasp of whats going on beyond the scoop!