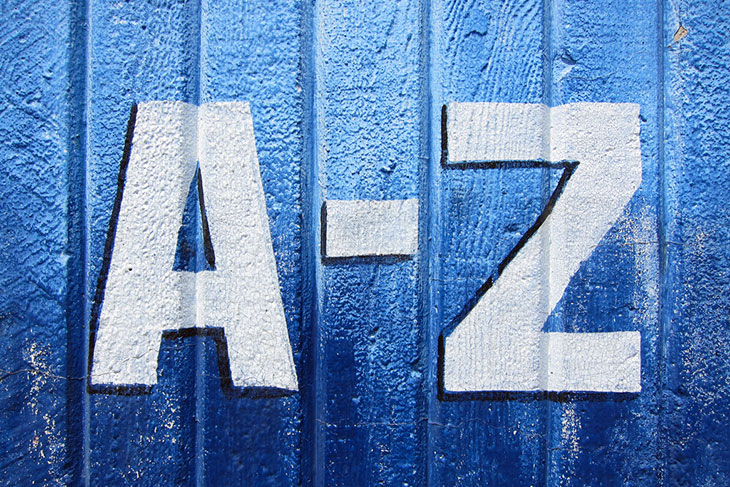 This is very much a work in progress. I'll be adding stuff as and when I remember!

Agar Agar
A stabilizer. Comes from seaweed. Often used as a vegetarian alternative to gelatin.

Ageing
Occurs when we leave the ice cream mixture in the fridge for around 6 hours. During this time the fat globules shed their coating of milk proteins and develop spiky needles. This makes it easier for them to clump together to form the structures that support the air bubbles when we start to churn it.

Batch Freezer
This is just what the professionals call their ice cream machines! It churns and freezes the base mixture into ice cream.

Blast Freezer
This is a a very powerful freezer that the professionals use to chill the churned ice cream very quickly to the desired storage temperature. The faster it’s frozen in the blast freezer, the less chance of ice crystal growth.

Butterfat
Is the proper name for the fat in milk and cream.

Cream
This the source of most of the fat in ice cream. The proportion of fat in cream can vary between 12% and 55%. I tend to use 32%, just because it’s the easiest to get hold of.

Dextrose
A sugar. 70% as sweet as table sugar (sucrose). But lowers the freezing point of water by nearly twice as much. So it’s useful when you want softer, less sweet ice cream.

Emulsifiers
Encourage the fat globules in the milk and cream to cluster together to form the long strands that support the air bubbles. Lecithin, found in egg yolks is the most common traditional emulsifier. Commercial ice cream often uses the synthetic Polysorbate 80.

Extraction
Where the churned ice cream is removed from the machine (and usually moved to the freezer). You should try to keep the extraction time as short as possible to reduce the chances of melting and subsequent ice crystal growth.

Guar Gum
A stabilizer. Comes from the milled seeds of the Guar plant which is a type of bean. Suppresses ice crystal development. Also thickens and adds body to the ice cream. In higher concentrations it will make the ice cream elastic and chewy.

Hardening
When we remove the mixture from the ice cream maker it usually has the consistency of soft serve and will melt very quickly. So we put in the freezer to harden for a certain amount of time.

Hydrocolloids
The scientific name for stabilizers. Hydrocolloids are simply tiny insoluble particles of a substance dispersed in water. They form a network that restricts the flow of water to increase viscosity (thickness).

Ice
Gives ice cream its hardness and body. Around 30% of ice cream is made up ice crystals. For smooth ice cream, we want to keep those ice crystals as small as possible.

Lactose
A sugar. Found naturally in milk. It contributes very little to sweetness or freezing point suppression. Too much Skimmed Milk Powder in the mix can raise the levels Lactose beyond its solubility limit so that it forms small crystals that give the ice cream a sandy or grainy texture.

Locust Bean Gum (LBG)
A stabilizer. Comes from the seeds of the Carob tree. One of the most effective suppressors of ice crystals. And will also thicken the mixture. Usually needs to be heated to high temperatures (up to 85 °C / 185 °F) to get the best out of it.

Maltodextrin
A sugar. Not very sweet at all. And has very little affect on freezing point. Great for soaking up liquid and adding bulk to ice cream.

Milk
Contributes water, protein and some fat to the ice cream. Important for that distinctive dairy taste.

Milk Solids Non Fat (MSNF)
All the solids that aren’t fat in the milk! So that’s the proteins, the lactose and various minerals. MSNF make up between 6 and 11% of ice cream. You can increase the proportion of MSNF in a mix either by reduction through heating or by adding Skimmed Milk Powder.

Partial Coalescence
Occurs during churning. This is where the fat globules in the milk start to clump together to form long strings that support the air bubbles in the final ice cream. Can be encouraged by adding emulsifiers to the mix and ageing it in the fridge.

Pasteurization
Heating the mixture to kill harmful bacteria. With home made ice creams, this is important if you’re using eggs.

Skimmed Milk Powder (SMP)
Skimmed milk with all the water removed! Useful for adding protein and absorbing water. And will intensify the dairy flavors. Make sure you use spray dried SMP, as the barrel dried stuff can taste caramelized.

Stabilizers
Soak up water that might otherwise make the ice cream icy, coarse, thin or watery. They thicken the mixture, add body and smoothness to the ice cream and slow melt down. Popular stabilizers include egg yolks, cornstarch, Locust Bean Gum, Guar Gum.

Sorbet (Sorbetto)
Ice cream without any dairy. No milk. No cream. So sorbets contains more water and more sugar. Sorbetto is just Italian for sorbet.

Water
Milk is 90% water. Cream is 60% water. It’s this water that freezes into the ice crystals that give ice cream it’s body. Too much unaccounted for water in the mix will result in thin, icy ice cream.

Xanthan Gum
A stabilizer. Comes from the fermentation of glucose, sucrose or lactose by the bacteria Xanthomonas campestris! It’s acid resistant so is good for fruit sorbets. And it also dissolves and works at any temperature. Be careful when using it with Locust Bean Gum as together they’ll form a gel.