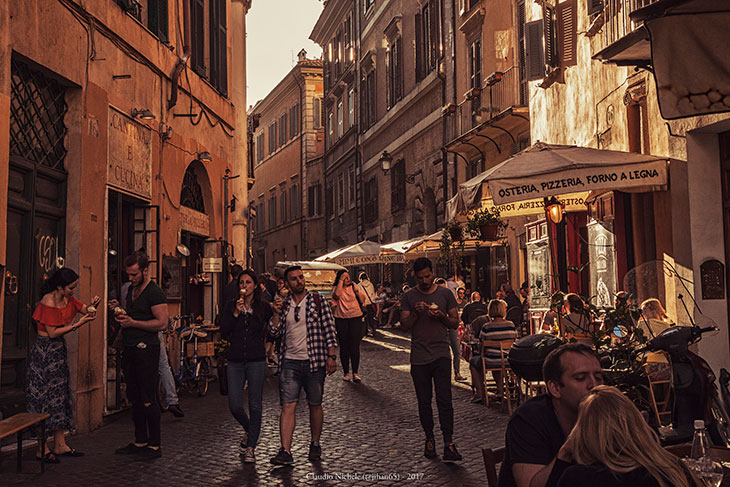 It all started in Rome. As things often do.

We were on a long weekend away. Sleeping in a pokey little room in a depressing apartment somewhere near the center of town. Trying to catch some early spring sun after a miserably long winter in London.

And we were having a nice enough time. We'd been to the Coliseum. We'd eaten some rabbit stew in an alleyway in an old part the city. We'd drunk a fair bit of wine. We'd even been to watch Roma play football.

And we'd eaten a lot of ice cream (or gelato) 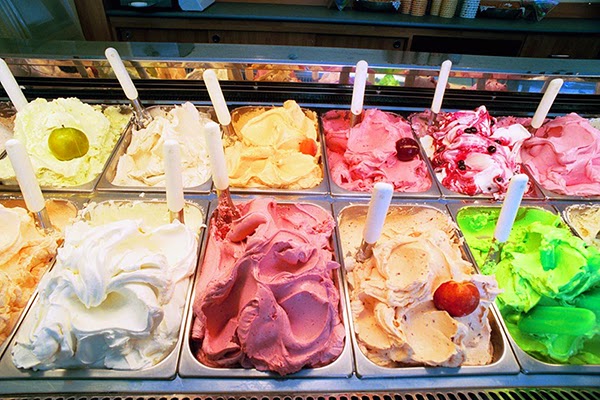 These gaudy displays were hard to resist. So we didn't. And they must have tasted OK as we kept going back for more. But I really don't remember any of them.

However, someone I knew had recommended a very particular gelateria. Or maybe I'd read about it in a guidebook. I don't remember now. This was a long time ago. Way before smart phones.

Anyway, this place was up somewhere near the Trevi fountain. So one evening after a quick look at the baroque water feature, we went to check it out. 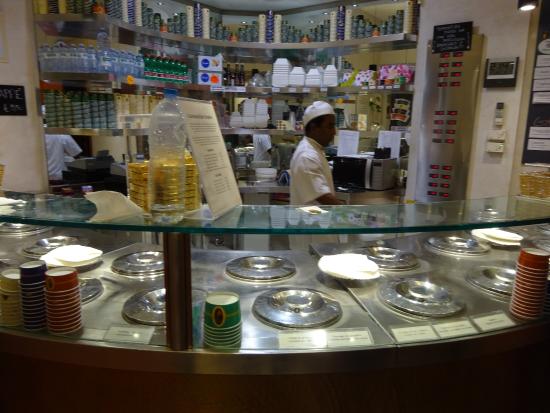 I think we arrived just as it opened as it was pretty much empty. But it was immediately, obviously different from the other gelaterias we'd visited.

There were no great waves of exotically coloured cream on display. Just a metal counter with a few sunken metal buckets under shiny lids. And a small sign next to each lid telling you which flavour lay hidden within.

As we entered, two workers wearing crisp white uniforms and serious expressions emerged from the back with fresh buckets of gelato to add to the counter. To be honest, it seemed more like a chemistry lab than a gelateria.

Anyway, we chose our ice creams, sight unseen. She had mandarin, I had fig. We made our way outside. And we sat on a wall outside, kicking our heels as we gave the small tubs of gelato exploratory licks...

And it was the most incredible thing I'd ever tasted.

It's difficult to describe. But it was like the very purest essence of perfectly ripe fig, delicately balanced in a perfectly cool, perfectly smooth, perfectly clean, milky suspension. Super intense but not in any way overpowering or cloying.

I'd never tasted anything like it. And her's was pretty good too.

So that was when it started.

We never went back to that gelateria. And I've never been back to Italy. But that one ice cream on that cool spring evening in Rome always stayed with me and it started a long, enduring obsession.

Wherever I am, whatever I'm doing, I'm always looking for "the perfect ice cream". But until now it's always proved elusive. Nothing I've bought has ever come close to the way I remember that simple fig gelato.

So more recently I've started making my own. And I'm not there yet. But I'm getting closer to that perfect ice cream every day!

The stuff you buy in the shops will never taste anything like as good as the stuff you make at home. You have complete control over what goes in or what stays out. How healthy (or unhealthy) it is.

You can experiment with all sorts of crazy flavours. And the great thing is: even the strangest flavours usually taste pretty good in ice cream. It's hard to go wrong.

So I've started this website to try and make the best online homemade ice cream resource. I'll add everything I've learned and everything I'm going to learn.

I hope you find it useful.