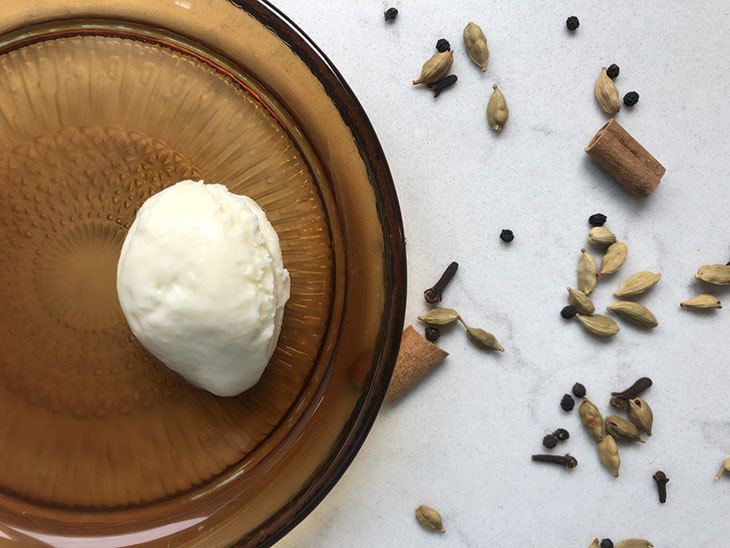 This is a Frankenstein's Monster type of recipe, bolted together clumsily with bits from two other recipes. It turned out great though!

I wanted to try the light ice cream base from the underbelly blog. But I didn't want a plain old milk flavor.

The easiest way to add a bit a flavor to a recipe without having to re-balance the mixture is through infusion. And I'd been fancying a Chai Tea ice cream for a while.

So I took the spices (unfortunately I didn't have any actual tea) from the Honey Chai Frozen Yogurt recipe in Dana Cree's "Hello, My name is Ice Cream" and mixed them into underbelly base...

And boom, I had a pretty successful Chai Spice Ice Cream.

There were a few other missing ingredients to be honest. All my individual stabilizers had gone off (!), so I used a generic, pre-mixed ice cream stabilizer. No problems there.

But I'd forgotten about the invert syrup and I didn't have time to make any so I substituted it for Karo Light Corn Syrup.

Structurally I think they're more or less the same but the Karo is much less sweet than invert sugar. And since the underbelly recipe isn't very sweet anyway, I was worried the Karo might tip it over into "flatness".

It was fine though. The spices are are gently warming. And the light base carries them well.

The kids obviously didn't like it. But that just meant there was more for me... 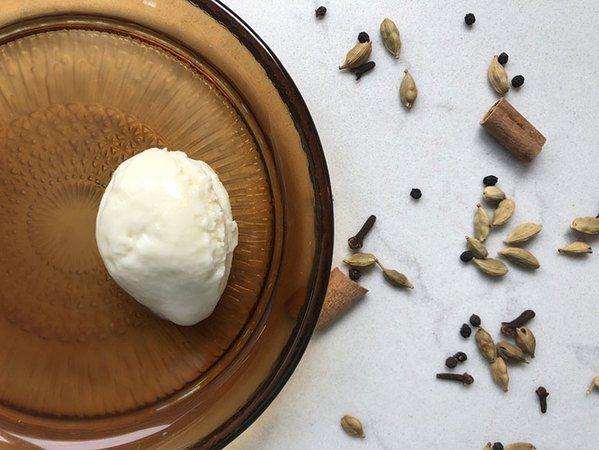