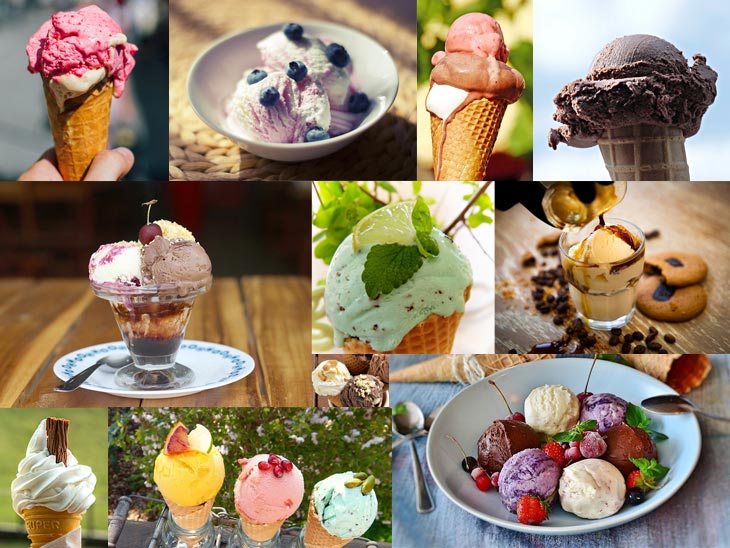 The Most Popular Ice Cream Flavors

Is it a list based on the best selling ice cream flavors or on which flavors people say is their favourite? Because compromises are often made when buying ice cream that everyone likes.

And sometimes people even claim to like things that they don't, or not really!

Here's the one for 2019. It's full of traditional favourites and pretty predictable I suppose...

I can't imagine this list changes very much from year to year to be honest. I read somewhere that vanilla ice cream is slipping in popularity.

But it's so versatile, complimenting so many different dishes, it's hard to imagine it will ever be knocked off the top spot.

YouGov conducted a survey this year (2020) where they asked 20,000 American which was their favourite flavor. And the results were very similar to the IDFA.

Which is perhaps hardly surprising really...

Although maybe the slight difference at the top of the lists backs my original point. Vanilla is the top selling flavor not because it's the favourite of more people but because it's a flexible compromise.

The real favourite of the American public is Chocolate!

What's more interesting is the differences in flavor preferences according to region, gender politics, age and income levels!

If you're from the North East, you skew strongly towards Chocolate. Southerners are more likely to love Butter Pecan.

Women also seem to be much keener on Butter Pecan than men. While they're also less keen on Vanilla than men.

In fact men are more likely to go for the traditional plainer flavors like Vanilla, Chocolate and Strawberry. Maybe Butter Pecan challenges their masculinity?

It's no surprise that old people tend to be more keen on the traditional flavors of Vanilla and Chocolate. And much less keen on Cookies N' Cream, which the kids love!

Butter Pecan skews massively popular with the oldies too!

And again Butter Pecan is much more popular with the poor.

So there you go. If you're a old, female, from the American South on a low income, there's one thing we can be sure of: you definitely love Butter Pecan ice cream in 2020.

Of course you're always going to be limited by what's available in the shops. Unless you make your own! Inventing your own flavors is one of the best parts of making your own ice cream!

And the thing is it's really easy and doesn't have to be expensive. Check out my guide to the best ice cream makers. One of the machines that performed best in my tests is also one of the least expensive!

But what's your favorite flavor (either store bought or home made)? Let me know in the comments below...